Book your accommodation through Infection Control-2017 and get competitive prices than the hotel fees along with the following Amenities:

Destination will be on the right

Chicago
Chicago, officially the City of Chicago, is the third-most populous city in the United States. With over 2.7 million residents, it is the most populous city in the state of Illinois and the Midwestern United States, and the county seat of Cook County. The Chicago metropolitan area, often referred to as Chicagoland, has nearly 10 million people. The city is an international hub for finance, commerce, industry, technology, telecommunications, and transportation: O’Hare International Airport is the second-busiest airport in the world. Chicago’s culture includes the visual arts, novels, film, theater, especially improvisational comedy, and music, particularly jazz, blues, soul, gospel and house music. There are many colleges and universities in the Chicago area; among these, Northwestern University, the University of Chicago, and the University of Illinois at Chicago are classified as “highest research” doctoral universities.
Chicago also has professional sports teams in each of the major professional leagues. Chicago was incorporated as a city in 1837, near a portage between the Great Lakes and the Mississippi River watershed, and grew rapidly in the mid-nineteenth century. In 2012, Chicago was listed as an alpha global city by the Globalization and World Cities Research Network, and ranked seventh in the world in the 2014 Global Cities Index. Chicago also has professional sports teams in each of the major professional leagues. The city has many nicknames, the best-known being the Windy City.
The National Galleries of Chicago: Navy Pier, Millenium park, Shedd Aquqrium, Art Institute Of Chicago, Willis Tower, Field Museum of Natural History. 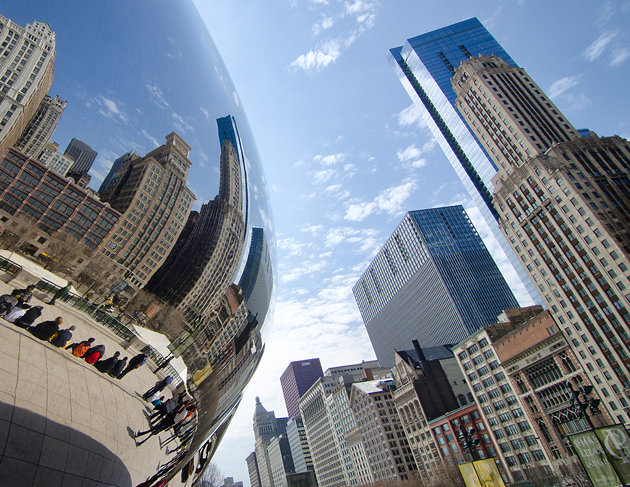